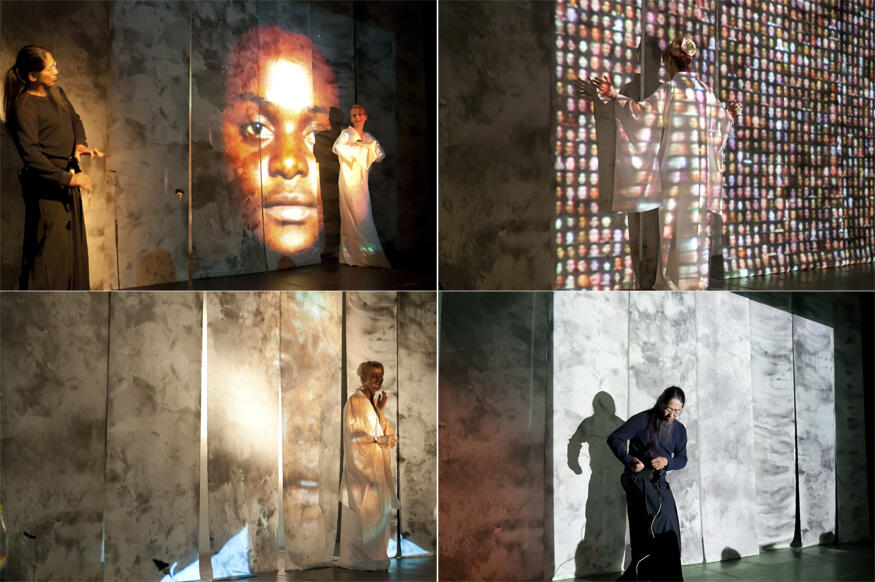 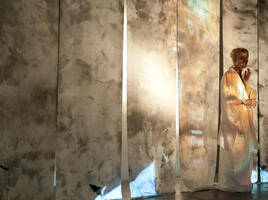 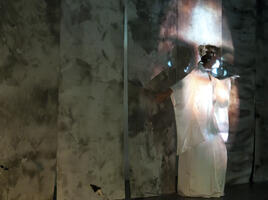 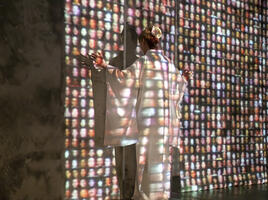 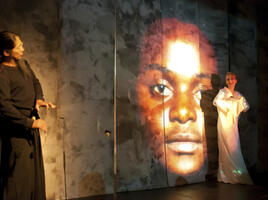 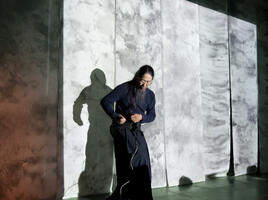 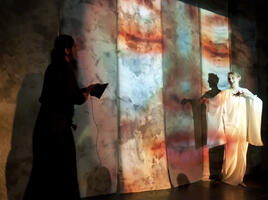 Wolf Nkole Helzle projected an Asian-African selection of his photographed people portraits from all over the world onto Koho Mori-Newton painted with India ink Japanese silks: times full-size, slowly blending into one another, sometimes excerpts of individual silk webs and then fragmented again or shadow only.
Lauren Newton's voice with its incredible emotional range occurs - even without words - in communication with these thousands of faces, which look like painted on Koho Mori-Newton's silk. Lauren Newton wearing a kimono from this same silk so that it also becomes a projection, sometimes contrasting with the silk webs, partly merging with them.
Kohos self-generated electronic sounds tiles within these three artistic genres some of which merge into each other, partly intensify the particular expression, sometimes quiet, sometimes loud, always subtle.

"Entertaining, creative and full of groundbraking obliquity: The group" Three "around the singer Lauren Newton left run away their imaginations in an image-sound performance in the brewhouse periphery of  Tübingen... because the three avant-gardists like the passing boundaries of a genre. The combination of electronic sounds, vocal and visual performance will be with them to the physical experience ... A headstrong 45-minute performance in which shears the artists little to conventional understanding of music. Lauren Newton convinces with tremendous diversity of voices and varied Klangnuancierungen. .. the enthusiastic audience experienced performer, tilling the musical territory. "