I AM WE interactive image

„Stepped through so many shapes,
through me and us and you“
(Gottfried Benn, Zwei Dinge)

„Esse est percipi“ - the thesis of the 18th century philosopher George Berkeley seems to anticipate the thinking of Wolf Nkole Helzle: To be is to be perceived. 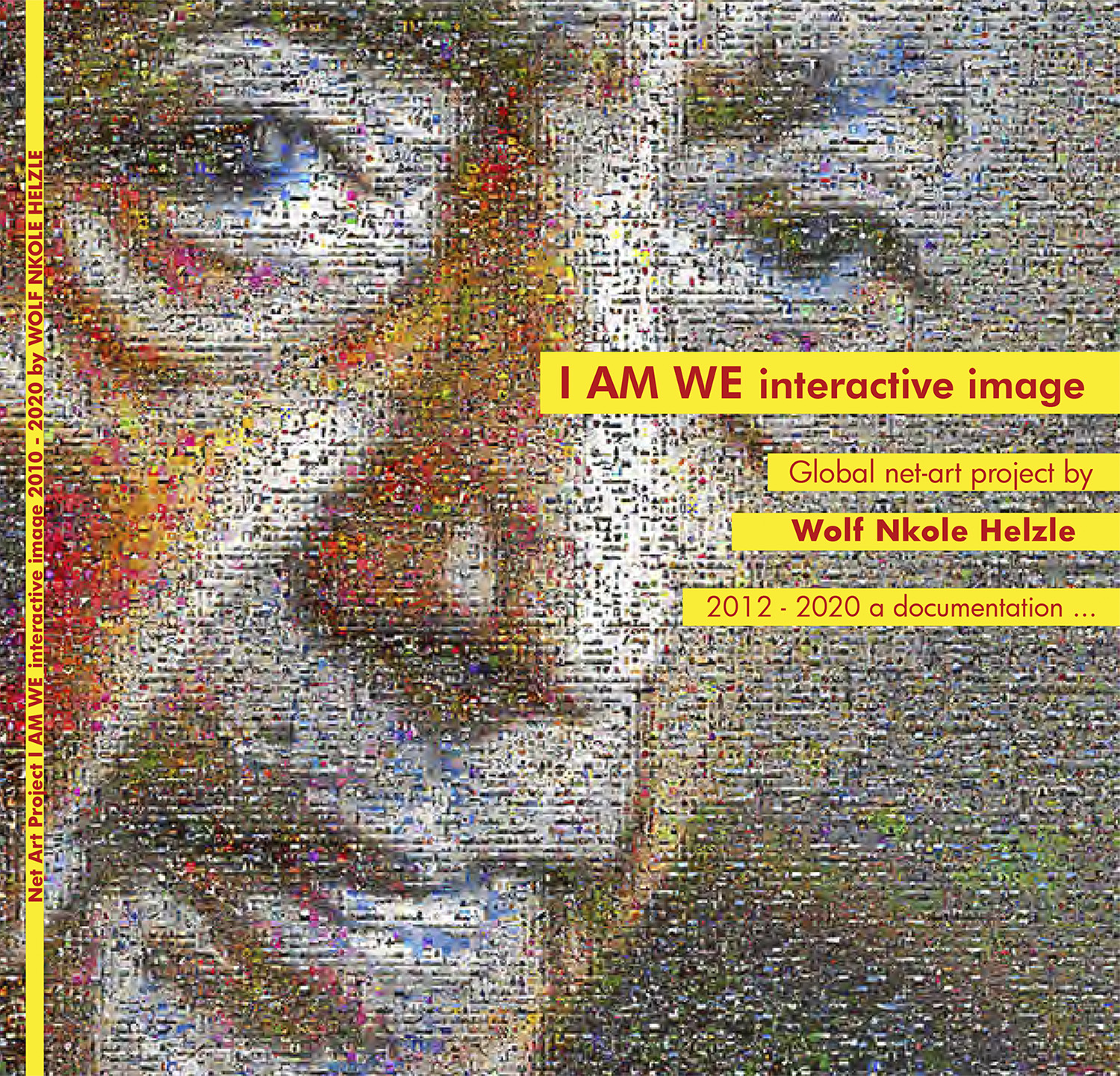 For centuries, the genre of the portrait remained determined by Cartesian thought: "cogito ergo sum". Faces were considered the key to identification. Helzle broke with the topos of unity, the inviolability of the self. The project I AM WE marks a high point in the media artist's work: in it, the ego becomes the you, the we - as if he were trying to decipher the secret of our existence. It is not the reflection of the self that is in the foreground, but a reflection of the possibilities of the portrait. He formulates doubts and searches for a valid form. Central questions for him are narcissism and individualization. The result is the self-portrait without self.

In the project Helzle was looking for an expansion of the point of view. 500 users from 70 countries generated 90,000 pictures and 300,000 comments in a collective diary. They shared and recorded their moods and experiences over a period of 10 years. How can we describe an aesthetic practice that transformed art collectively into an existential experience?

It should be enough to open our eyes. It is through our perception that life takes on meaning: for the artist, seeing to become part of what he sees is an aesthetic, but first and foremost ethical action.

For Wolf Helzle, every picture, every sound is part of a big whole. Early on, he began experimenting with different strategies to make perception, even in cross-cultural encounters, the subject of his social media art. He worked intensively on an aesthetic of openness and change. Globally networked, he is in search of a visual art without fixed procedures, an intersubjective art beyond academic norms.

The content of diaries is usually very private, because a diary follows the lines of one's own life, records experiences, moods and feelings - traces of life. It is a medium of self-assurance. A characteristic of all diaries is the regularity of reporting. The collective diary I AM WE became an exemplary model of open artwork through its playful approach to perception: the community is the author. Through daily intersubjective updating, a unique project space was created in which levels of time and reality interpenetrated worldwide - a digital panopticon that also found a concrete location once a year through an analog symposium.

What we experience is often not recognizable to ourselves at first. Among hundreds of impressions the perception of the other had to be recognized by the users. Thus a very own face-to-face was created: through their gaze they came close and shared a world. But haven't we long since trampled the world, this rose in the endless snow field of silence (Milan Kundera), through our noise? We do not understand the night sky, not the moon, not the stars. The fact that we travel to the moon has not really explained it to us. Maybe we should follow in Basho's footsteps in Japan, who as an old man made a journey on foot just to enjoy some special views of the moon - to be real means to be surrounded by mystery, James Joyce realized.

Wolf Helzle loves coincidences. For him they are, beyond logic, causality and contexts of meaning, a separate structure of the world - a world of its own. I AM WE is also a densely woven network of coincidences, isn't it? An algorithm calculated a new common avatar every day, it emerged as a photo mosaic of all uploaded motifs and gave the project a current "face" again and again.

The portrait is one of the most important tasks of the fine arts. "But who possesses the art to create himself", Augustine already considered in his Confessions. The term portrait conceals the Latin protrahere, protractum, or extracting. Portraiture means using the means of art to make the essence of the other visible. In a self-portrait, one's own self becomes the other. It is not without attraction to reproduce one's own features. Art history is rich in examples. Meanwhile we live in ego-centered times. Day after day, our faces wander into a gigantic digital picture. Self-description has become a tool for everyone.

Helzle reacts to this, existential questions guide him. His Self-Portraits extended (2011) showed motifs from 365 days. Each picture, each day stood for a different feeling, a new encounter: the sky, the clouds, the crucifix, the father. The immediacy of his perception became palpable - the viewer became the observed: "I wanted to ask questions, I thought about a work so that I could ask myself questions. Every day I went out and wanted to know: is it the same? The flowers, they were close to me in their development and passing, the shepherd in the pasture, he was so different, many things separated us, and yet we were both human beings. Even the rockets in the former ammunition depot, which I photographed then - that was me. There was nothing I wasn't connected with." With I AM WE he radicalized this realization - the I becomes the you - the we. Man overcomes his ego, or vice versa: the world overcomes itself.

Only when we understand the other, the unfamiliar, do we recognize ourselves. For the ego and the other are like a separated pair of twins: "I am an other" was Rimbaud's famous formula with which he underlined his longing for dialogue and the dissolution of boundaries.

In globally networked images, I AM WE responded with great clarity to the tendency of isolation and narcissistic cocooning. Collective and individual were reconciled in dialogue. Far beyond the traditional concept of art, the project allowed to show what value pictures have for us, what we feel, who we share, what we are. The project resembled a search for meaning, which it created in a vibrantly pulsating profile: I am we - I AM WE is a work of art on people.