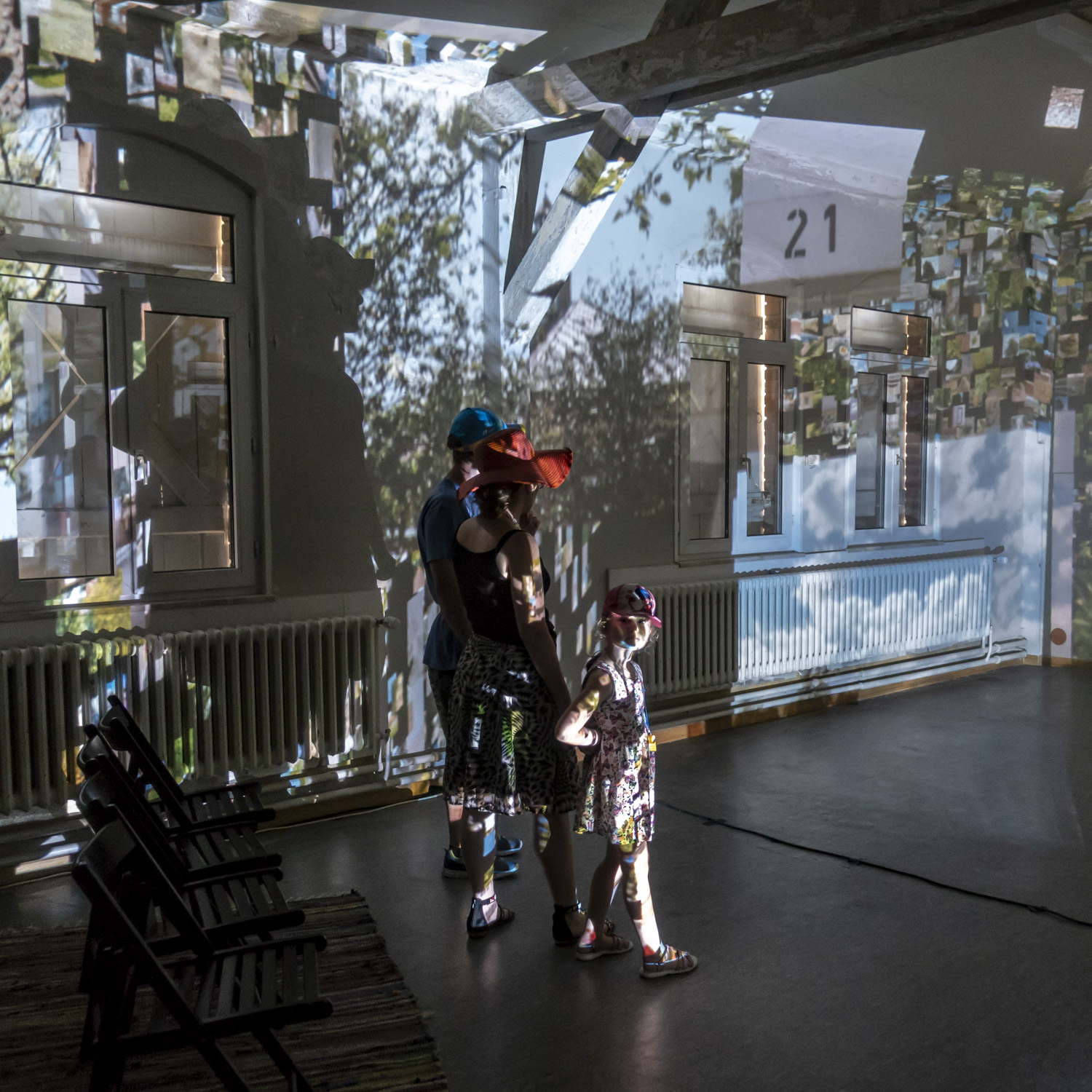 Of all images taken during the week from 28 May to 1 June 2018 of the Old Camp and the former military training area, 4,000 were selected, which are now projected onto the walls of a large room in the Atelierhaus BT18 using three video projectors. They are layered in three dimensions and move through the room after an invisible direction. Once they condense, then explode again, pull together or pause at a picture and fly again in a constantly random orbit and the visitors can enter this visual adventure in the middle. 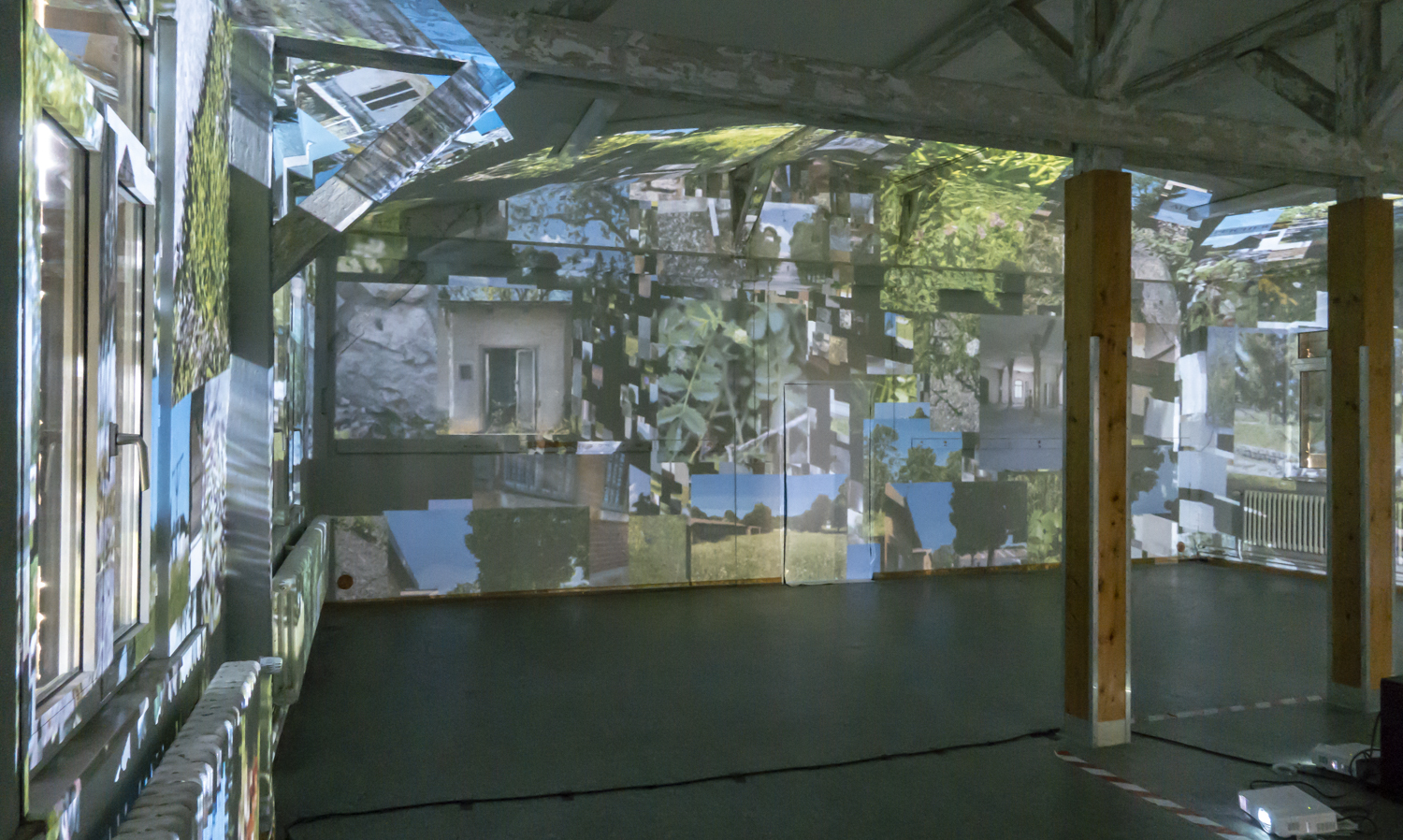 The guided tours through the Old Camp with Annegret and Franz Tress, in the former military training area with TruÜbGuides Steffen Schretzmann and Susanne Volzer, the tour to herbs along the way in the Old Camp by Annegret Müller-Bächtle and the workshop "Acoustic Photography" by Mirja Wellmann and Michael Fetscher were recorded as sound documents. Thorsten Toto Schreijäg and Michael Fetscher in his recording studio in Trochtelfingen extracted four hours of audio material, which corresponds to 1,000 individual audio files, which - analogous to the pictures - can also be heard in random order.

This collective work of art refers to the current transformation that the Old Camp is currently undergoing from military to private use, accompanies it and makes it visible and audible with highly topical artistic means and from a variety of perspectives. It illustrates the complexity of the process in a congenial way: The moving composition of W.N. Helzle interacts with the sounds arranged by Michael Fetscher. Both were created during an intensive week during which 25 members of the international photo community www.interactive-image.org - founded six years ago by media artist Wolf Nkole Helzle - met to explore the old camp and the former military training area photographically and soundtechnically. The results were incorporated into the audiovisual, accessible three-dimensional installation TRANSFORMATION; supplemented by historical images from the Münsingen City Archive.

Link to the Video

The software on which the installation is based was developed in four years of work by Wolf Nkole Helzle together with students of the Technical Universities of Munich and Nuremberg and working students at InterFace AG, Unterhaching.