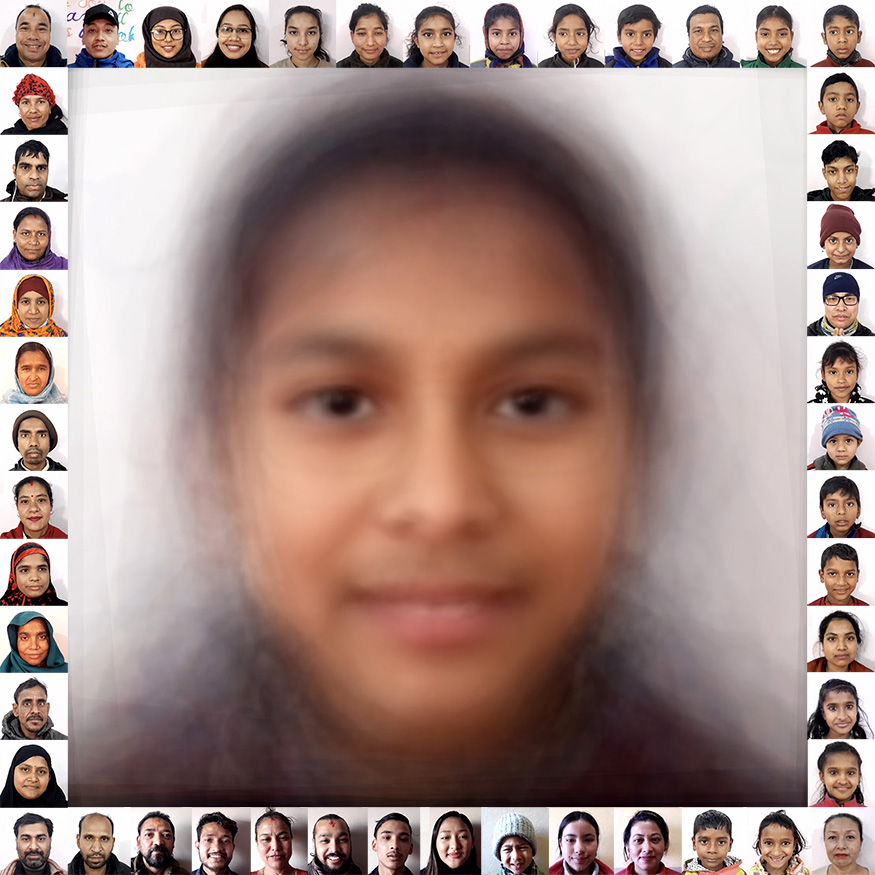 Nepal. Kathmandu. Rajesh Shahi calls me by video call to ask if I am willing to photograph the pupils of his Sanga Sangai school. No sooner said than done:

Three weeks and six video calls later, I was able to photograph just over 50 people, Rajesh positioned his smartphone according to my instructions so that the person to be photographed was in the right frame, we greeted each other with NAMASTE and I took a screenshot. After the students, it was the turn of the teachers and, on two separate dates, the parents of the students and, of course, Rajesh's family.

SANGA-SANGAI (the Nepali word for "together") is a non-profit, non-governmental (NGO) child and youth development programme based in Kathmandu, Nepal. Sanga-Sangai is registered with the District Administration Office in Kathmandu and affiliated to the Social Welfare Council of Nepal. Founded in 2008 by a group of concerned working class Nepali citizens, Sanga-Sangai aims to support poor, disadvantaged and marginalised children while struggling to escape the cycles of poverty and caste politics.