Introduction
As a media artist, I have been portraying people for 25 years, placing the individual images in the context of communities such as schools, clubs, organisations, cities, countries and continents. It is a serial work with always the same background photographed so that the respective faces are in the foreground. There are already some catalogues about the work, but so far always in the context of specific events. For the 25th anniversary, I came up with the idea of this catalogue, in which individual and collective portraits from four continents and 30 countries are shown for the first time. I have deliberately kept the texts in the first person, as all the encounters are and were very personal. At the same time as the printed version appears, the website www. faces-of-man.org will go online, which I have worked on for several months together with the programmer Corbinian Stiglmaier. I wish the reader an enjoyable read and perhaps a gain in the question of who we are. Wolf Nkole Helzle Mehrstetten, July 2022 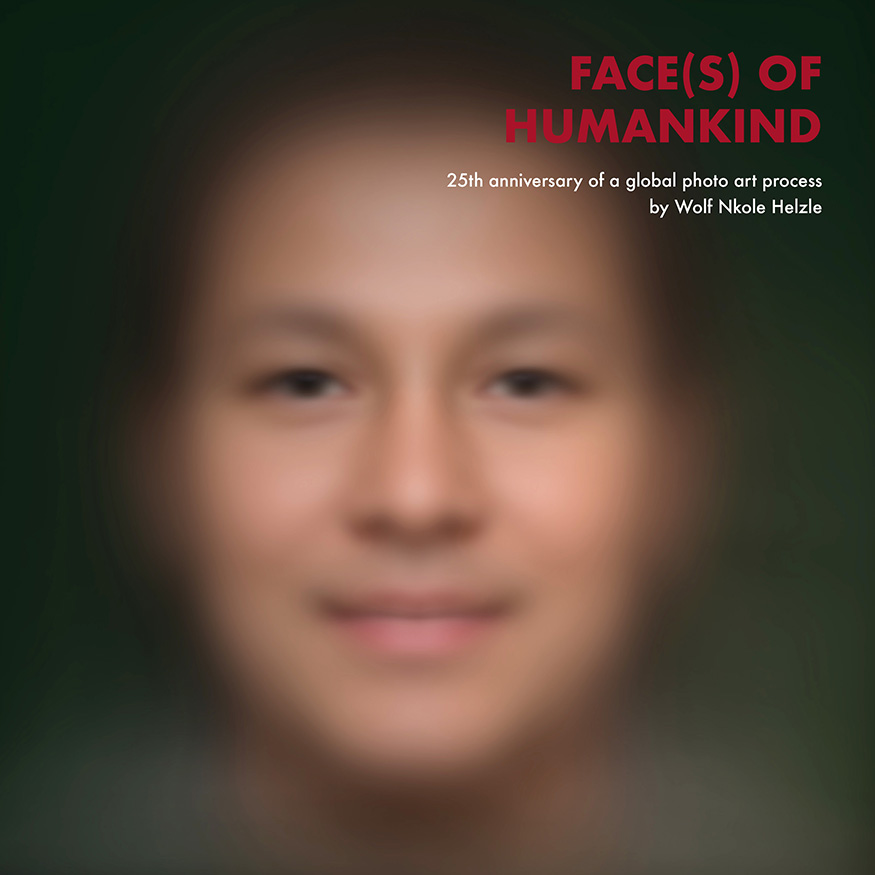 Development
In 1997 I began to photograph people. In doing so, I explored the question of how I could imagine being a six-billionth. Of something in an order of magnitude that was unimaginable to me. In the early years, I used a morphing programme to calculate the transitions from one face to the next. The result was projected onto a suitable surface in large format. The work kept developing and so in 2012 I was able to program a software that enabled me to layer all the faces of an event in a highly transparent way. From that point on, the result consisted of all individual portraits as well as a collective portrait. With this work I was invited nationally and internationally to media art festivals and exhibitions, by companies and institutions, by cities and also by private individuals. In the meantime, I have photographed well over 50,000 portraits, in four continents and more than 30 countries. In 2021, travel was not possible because of the pandemic, so I invented a new way to get portraits. I wrote to various organisations in all African countries asking them to put me in touch with photographers. In this way I got about 2,000 portraits from 18 countries on the African continent. This now opens up new possibilities to also get in touch with continents I have not been able to visit yet: Australia, Oceania and South America. I am very interested that FACE OF MAN consists of faces from all continents.