Mehrstetten, 20.3.2020 Following an inner voice, the internationally operating media artist Wolf Nkole Helzle is releasing a limited and signed edition of his series of works "Homo universalis - The Image of Man" in order to use the proceeds to relieve the suffering of the people in the Moria camp on Lesbos. "The situation of the refugees gets to me so much that I ask myself what I can do to help these people." 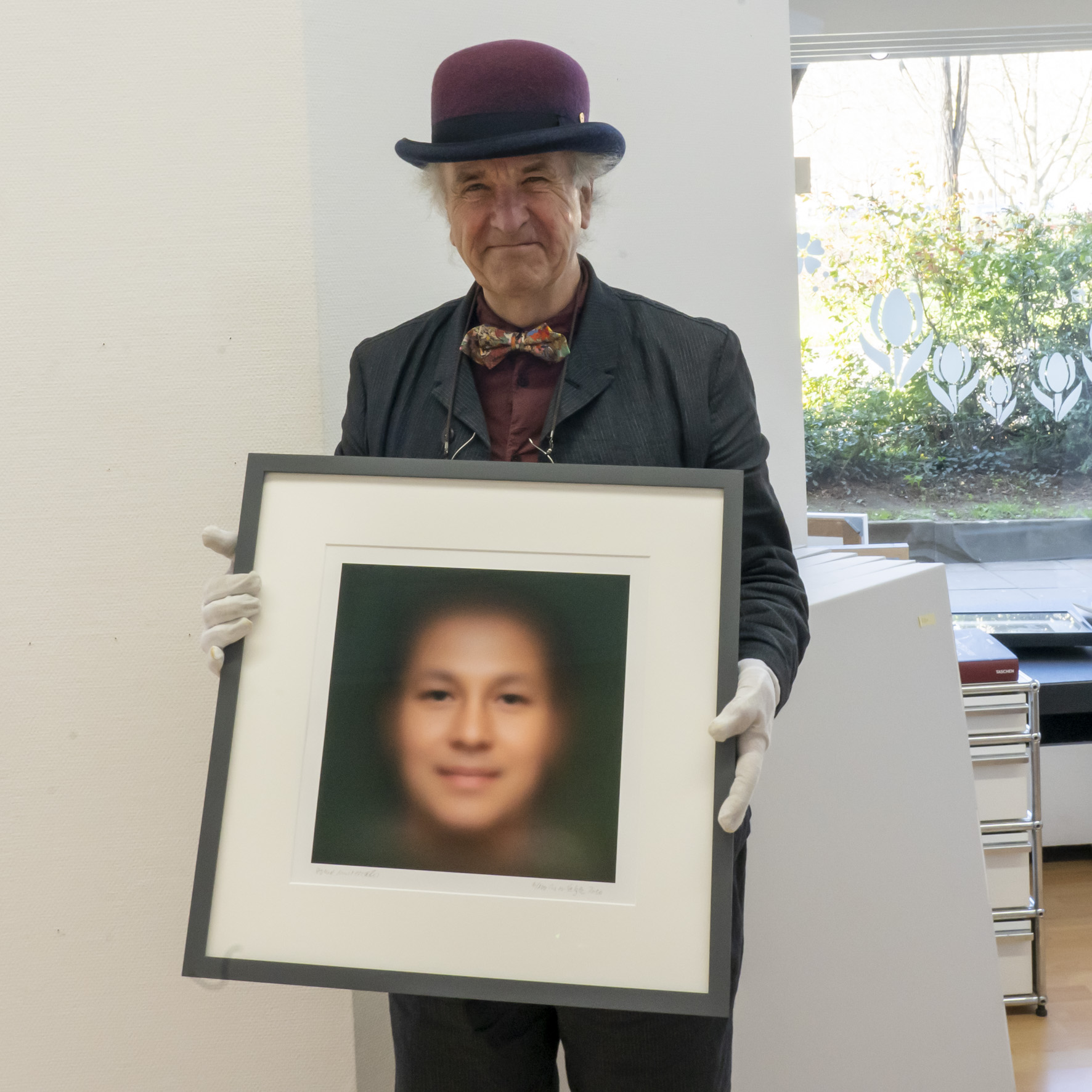 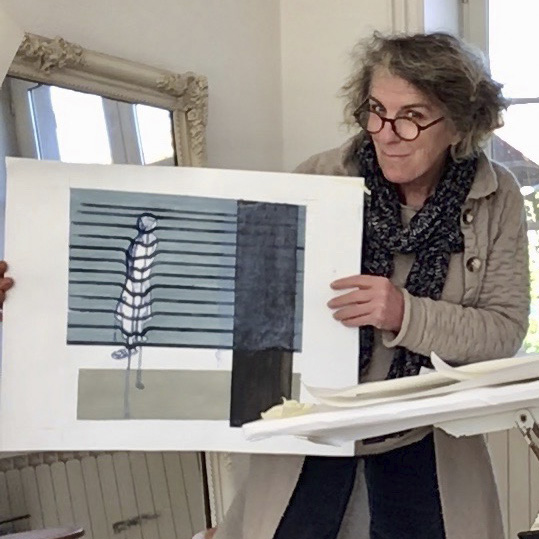 These days I had a long phone call with the Reutlingen doctor Dr. med. Martin Binder on Lesbos. The situation for the refugees is even more precarious due to the pandemic: "I am working here as a volunteer for the organisation "Medical Volunteers International" and most of the volunteers who have registered for the next time cannot come anymore because of the travel regulations. In addition, there is a shortage at every turn and we are in urgent need of help."

So now I am publishing the picture "Homo universalis" with 100 copies, so that half of the proceeds will help alleviate the misery on Lesbos. The picture was created by the wafer-thin overlaying of more than 4,600 individual portraits, which I photographed in 15 countries*. Always with the question: "Who are we?" If there is an answer to this question: "All in all, I have photographed more than 50,000 people in the last 25 years and have not discovered two identical ones, so we are as different as can be. And at the same time so alike: "Variations of the human being as such". In my opinion, both are to be seen as equal, the difference and the identical.

Wolf Nkole Helzle (Germany): "Homo universalis - The face of man", high-quality FineArtPrint on PhotoRag in the format 30 x 30 cm, in passepartout and frame with museum glass 50 x 50 cm. Numbered and signed edition of 100 copies: Euro 480,00 including value added tax including shipping. The proceeds will go directly to Medical Volunteers International.

Catherine Aubelle (France): A series of 21 unique pictures painted for this project, mixed media & monotypes, ink, acrylic, 40/40 cm, unframed, 400 €. The proceeds will be sent to Medical Volunteers International. Your painting will be rolled up and sent to your address. The price includes shipping.

Cooperation partners where the pictures are available:


Medical Volunteers International e.V. (MVI) is a Hamburg-based non-governmental organisation providing primary health care for refugees and other people who have no access to the public health system.

MVI is currently active at three locations in Greece: Athens, Lesbos and Thessaloniki. In our teams we work with doctors, nurses, paramedics and medical students. We also help refugees overcome language barriers and translate communication with our patients in Farsi, Arabic, French, Bengali, etc.

MVI is the follow-up to the original organisation "Docmobile", which was already established in July 2016 in the course of the evacuation of the refugee camp in Idomeni on the Greek-Macedonian border. Since then, the number of volunteers and patients treated has increased continuously. We continue to work in Thessaloniki and have also opened another site on the island of Lesbos in March 2017 and in Athens and Patras in May 2017. The project in Patras was completed in August 2018. Within the scope of our current projects in Athens, Lesbos and Thessaloniki, we help about 4,000 patients per month.

Meanwhile, we count about 500 volunteer medical professionals who support our projects every year and travel worldwide for this purpose (Germany, Great Britain, Ireland, Spain, Italy, USA, New Zealand, Australia, Malaysia - to name only a few countries). These are organized by our project coordinators on site as well as by a small team in Hamburg. Only our volunteers and our tireless coordinators make it possible for us to provide free assistance to our patients.

Social media artist W.N.Helzle works with photography, video, installations and performances. Many of his works are participatory in character; viewers, guests, passers-by and visitors become part of the artistic process. One of the central themes of his artistic work is the question of the relationship between individual and collective. He explores this question both in a national and international context, as in the Ogaki Biennial in Japan and the Biennial media_city Seoul, South Korea. He has been invited by the National Visual Arts Council, Lusaka, Zambia, the College of Art and Design in Beijing, China, JavaOne in San Francisco, USA and many German, European and international exhibition projects and festivals. (www.helzle.com)


Simone Jung, art historian and director of the museum art.plus, Donaueschingen, on this art project

"... For the artist, the recording and collecting of faces is like a bow to the infinite diversity of humanity. At the same time, however, he is aware that, in accordance with the underlying principles, this diversity is characterized by an endless variation of the same. Consequently, for Wolf Helzle - contrary to the partly still prevailing and conflicting social images - a collective is never imaginable without the individuals, and the individuals never without the collective.

This central idea also underlies the multiple portraits - or collective portraits - of the work series "HOMO UNIVERSALIS": In a specially developed computer program, the individual portraits are transparently layered on top of each other to form a "new", common face. Computer technology enables the portraits to be superimposed, or rather "unified", on an absolutely equal footing, since in the digital data space neither the sequence nor the conciseness of an individual feature generates a superficial increase in attention.

What is fascinating about this is that although the specific facial features become blurred and the transitions soften through the superimposition, at the same time they condense in the striking features such as eyes, nose and mouth, so that in fact a new, unique face of painterly quality is created again and again.

With its mostly friendly appearance and the glance that seems to catch us in every perspective, it seems very lively. At the same time, however, it is difficult to determine its age and sex, and the closer you get to it, the more it eludes clear description. This makes it seem both close and distant, familiar and yet strange, but for this very reason it captures our gaze and almost radiates something of a timeless, omnipresent presence. ...".