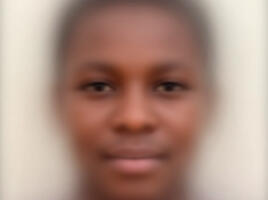 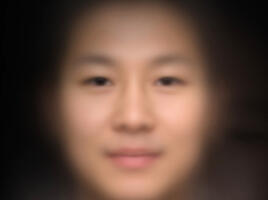 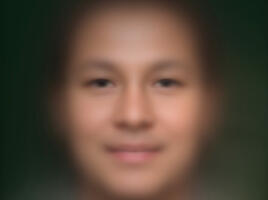 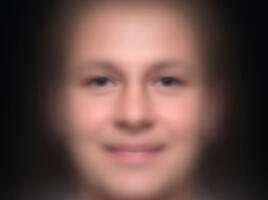 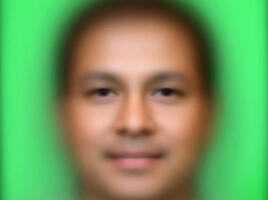 The project is not yet finished; it will give further explorations in other countries around the globe.

In 1996 I had a dream in which I was simultaneously an old Indian, a seasoned man from Bach's time and myself. The transformation of this dream into a small work with the aid of a morphing programme represents the beginning of an "investigation" which I have been carrying out without interruption ever since with the question: "What does it mean to be a six-billionth (*1)?". In these thirteen years I have succeeded in photographically portraying 25,000 (*2) people in the same way within this one work. Further works on this theme followed.

In the early days, this proved one thing to me above all: no matter where I travelled in the world, whether in Europe, Africa or Asia, there are no two identical faces. This seemed to me to prove the primacy of individuality. In the course of time, however, I discovered more and more that it is rather a question of the endless variation of the same, as Sri Aurobindo so inimitably put it. The procedure of morphing alone would not be possible in this way if the reference points of eyes, nose and mouth could not be used again and again for the calculations of the transitions.

The so-called individuality of the individual consists of a multitude of characteristics, which individually are not individual at all. I am a man, I was born in Germany in 1950, I work as an artist, I like to drink tea, and so on. Only when all these characteristics are taken together do they result in something like distinctiveness.

Individuality, however, is far from it: I cannot claim that I invented and produced my brain myself, my blood circulation, my bone structure, even my knowledge of this world is the product of the society in which I live.

The individuality that is propagated everywhere is a hollow nothing that collapses as soon as you look a little closer. And this is to one's own advantage: only beyond the egoism that develops out of the idea of individuality do truly serious activities arise. And these are immensely important, at the latest in a time when unchecked egoism poses a great danger to life and limb of the entire planet.

How does it feel when we feel part of the world population, part of the cosmos? When the other is just different in the sense of another leaf on the branch of the tree? Can't we start asking ourselves questions about how we want to live, for example, without the arsenals of weapons with which we have been killing each other since time immemorial?

Growing up in the Protestant south of Germany, the statement: "Before God all men are equal" always stood in perceived contrast to my personal experiences, which in the vast majority of cases emphasised the aspect of difference more than that of equality. Someone else was always faster or slower, smarter or dumber, richer or poorer than me. And from this comes the general energy to always want to be better than others: Only performance counts. The church itself makes no distinction, it lives from the division into "us" (the good) and "them" (the bad, you won't get into heaven).

Bakers are there for buns and artists for pictures. True to this motto, I am always trying to find new images for different aspects of the I AM WE. The billions of cells that make up my body, are they individuals that can do whatever they want? Would my body function if unbridled egoism suddenly broke out there? How can I perceive myself as a cell in the organism of humanity?